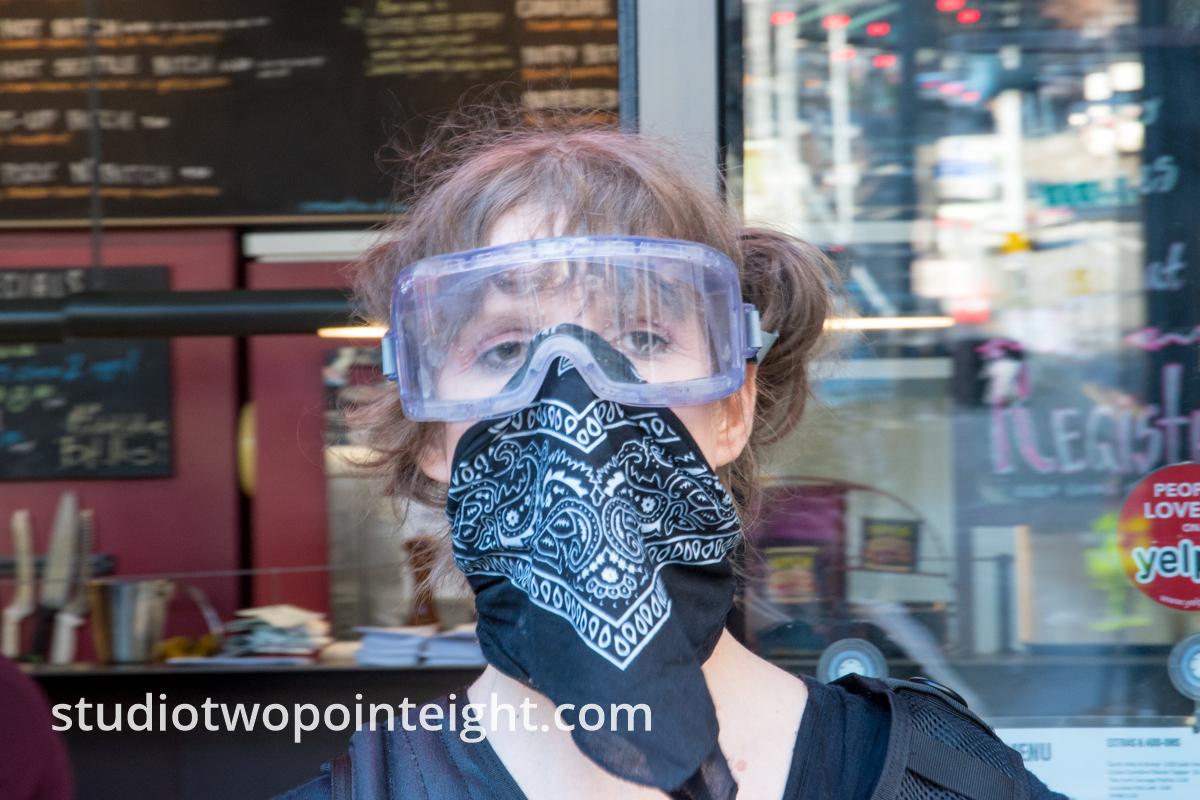 The Revolutionary Communist Party, USA has taken on the responsibility to lead revolution in the U.S., the belly of the imperialist beast, as its principal share of the world revolution and the ultimate aim of communism.

Historically however, communism's worldwide history is one of having created totalitarian dictatorships that have slaughtered millions of people, including the tens of millions of people murdered by the communist USSR Soviet government during the communist Stalinist/Leninist era, and the millions of people murdered by the communist Chinese government during the Maoist era. As apparent tacit acknowledgement of the Revolutionary Communist Party's inherently seditious ideology, many of its adherents fearfully hide their identities behind bandannas and other forms of disguise when in public, as is apparent in the disguise used by the "Revolutionary Communist Party" member in the Studio 2.8 photograph above.